Sushi Movie Reviews
one girl. many movies. all reviews, all the time.
matchstick men

well.....nicolas cage first off. the man played a character with many irritating psychotic tics, the thing is that he did it with style. yes, style. he kind of makes you like him. mostly just because of the human interest with his daughter (played by allison lohman--so adorable) who is clearly happy to be around him. sam rockwell, on the other hand, is a god. the man has to do nothing but stand there with that smirk on his face and a hat pulled down over his eyes and i melt. completely melt. add to that the fact that at one point he wore a cowboy hat and claimed that all the ladies love it. and we did. we did love it. swoon.

for those of you unclear on the concept i'm saying that i love sam rockwell.

at the beginning of that previous sentence i was trying to write that i would give a synopsis of the film for those who hadn't heard of it. but i got sidetracked. i apologize. roy (cage) and frank (rockwell mmm) play partner con-artists. and roy is a little mentally disturbed with agoraphobia and issues with dirt. it comes out that roy has a daughter (lohman) and getting to know her makes roy a little more laid-back. frank and roy then go after this big mark and that is the second, tumultuous half of the film of which i want to give nothing away.

i thought the film was going to be a lot more high-paced with action, but it turned out to be more of a human behavior piece on father/daughter relations. which was nice and they did a splendid job, but still.

lohman was great. rockwell was a little too glib, as if sometimes he wasn't even trying. cage was good, but then sometimes he would completely lose his tics. at which point i ceased to believe he was playing a character and was just hanging around being chummy.

the plot twists were good and the end of the movie irritated me as i felt it was vaguely unnecessary how they decided to tack on the final shots.

on the whole it was good, but due to the lack of anything big happening the theatre is not required for viewing this movie. therefore i would recommend waiting for video. 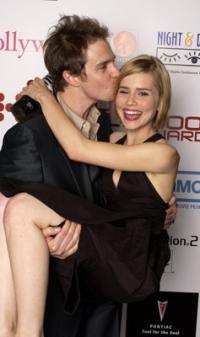