tuck everlasting" />
Sushi Movie Reviews
one girl. many movies. all reviews, all the time.
frida 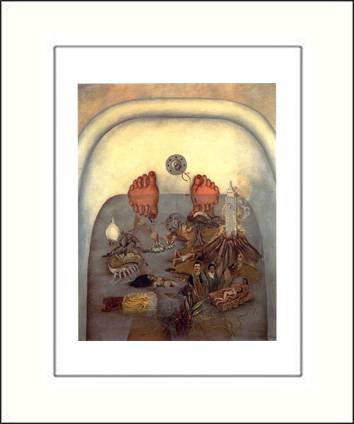 pretty much if the movie had ended like 20 minutes in after she gets in the bus accident and there's this image which lasts a good couple of breaths (if you're even still breathing because it's that gorgeous) of her lying there with her side, leg, and vagina pierced by this lead pole and there's gold dust floating everywhere, she's covered in it and bright red blood while the white of her shirt and the tan of so much exposed flesh practically glows. it's amazing. some of the imagery in the movie was just incredibly lush. which is not all that surprising i guess, since come on, frida kahlo. the part where she and diego go to new york and walk throught the murals is also impressive, just in sheer artistic scope.

my only complaint with the movie is length. as jason pointed out however, "it's like her whole life or something." but in a much more funny mocking tone of voice which made me laugh serious hard.

i also wish personally that i had known more about her artwork/looked at more of her paintings before seeing the movie. but that's a fault of my own really.

diego luna was adorable and fucking as usual. edward norton guest starring was wicked cool. ashley judd's dress was stunning and incredibly sexy, as was she. and selma hayek was a fucking incredible frida. she totally made that movie.

it's currently only playing in one theatre in the bay area (how dumb is that?) but it's the bridge theatre in sf at 3010 geary. i'm sure it will be in many many more places by the end of the month though. probably even the dome. so go see! it's good! 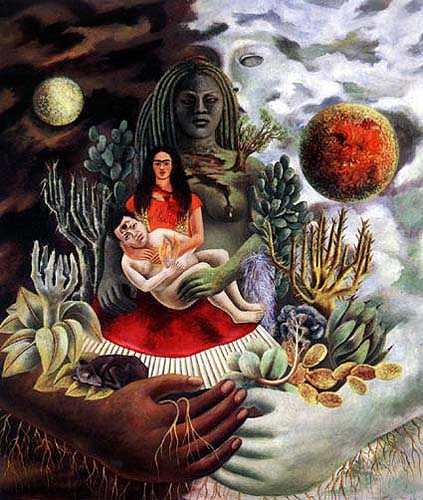