Sushi Movie Reviews
one girl. many movies. all reviews, all the time.
the magdalene sisters

so. in ireland the catholic church set up all these 'asylums' for naughty girls/women called the magdalene convent/order/asylum/correctional facility/whatever. and basically they were places of slave labor where the women were forced to work, generally as laundresses. the last one closed in 1996. this movie is set in the 60's/70's. (i think. it starts in the 60's but then they're in there for quite some time soooo i'm not positive when it actually ends.)

this movie is pretty intense. first off, it follows these girls--4 in particular--who are trapped in the asylum. one is raped by her cousin and sent off by her father, another is in an orphanage and flirts with some boys on the other side of a fence, and the other 2 have children out of wedlock.

they're beaten by the nuns, one of them is forced to give the priest blow-jobs before sermons. when bernadette tries to escape they shave her head and in the process cut up her scalp quite a bit so that her face is covered in blood and there's this shot of her eyeball with sister bridget (sadistic old bitch) framed in her pupil while this gooey, congealing blood is clinging to her eyelashes. it's fucked up. at the same time, even though things are horrible i kept expecting there to be MORE horrible things. i was expecting some serious beatings and some more kinky sex acts. but other than the humiliating scene where the girls are all naked and two nuns are playing a game to pick out who has the biggest/smallest breasts/ass and hairiest pubic area, there's not that much mental anguish performed on them. well, other than the whole being held prisoner and forced to wash clothes.

i also kept expecting some lesbian action to pop up, but sadly was not rewarded in this hope.

this movie is based on the true stories of these girls and it was moving and semi-frightening in its portrayal of that truth. at times it was more shocking and better at plunging the depths of human emotion, but even the sort of dry sections were good. the nuns acting jobs were superb. the 4 main girls wavered every so often. the one i liked least was actually the best actress.

even though i want to say that this movie is super 8 great and that everyone should see it as a lesson to be learned and a moral fibre/art house gem, i have to admit that cinematically it's really not that compelling. it lacks a certain sparking essence which would make it great. it's a little too....both timid in approach and lackluster in true emotion. basically i think it was not directed as forcefully as it could have been and this let down the end product. 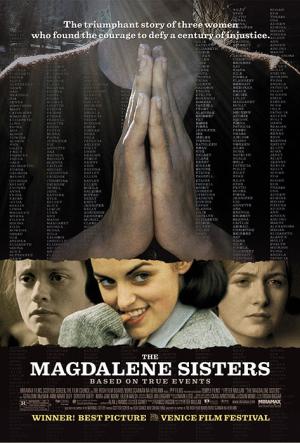 a lesson to be learned about what?

but but but i like to scope out your buttocks.

hey! you should have come tonight! the new stylus shirts are in (the ones with the girl design that i posted a little while ago). they are quite small, but conceivably you could fit in a large i think. after some work with a pair of scissors i fit in a large, and your chest is much smaller than mine. you want one? i will save you one. they're $15. =)

but the good aunt was in town so i visited with her. the club would have been fun, i admit. i will buy a shirt, cuz that design is damn fine. and how much does a new chest cost?