Sushi Movie Reviews
one girl. many movies. all reviews, all the time.
gangs of new york

this movie is so great! i mean really great. let me list the two top contending reasons as to why it's so great so you can understand (maybe)

i had NO idea it was three hours long.
and
ellie almost wet herself she was so excited.

and now let me explain.

i didn't know going in it was three hours long. i sat thru the whole thing and at no point was i either bored or uninterested. it was only when it was over and i was leaving and ellie asked what time it was that i noticed three fucking hours had gone by. that's amazing in my opinion. i mean, 3 hours is a damn long time really to have been so captivated by one movie. which means that the story is incredible, the acting is good (well daniel day-lewis, admittedly is better than just "good." he's stupendous), and the cinematography is compelling. 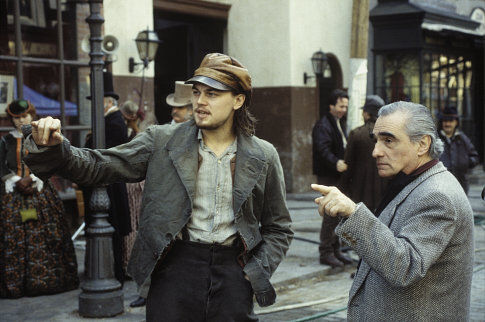 as to ellie leaking a little pee. near the end of the movie there's this part where...someone...uh has a piece of shrapnel in them and pulls it out and the blood just goes WHOOSH onto the other person's face and chest. and it was a little shocking and ellie went, "whoa!" pretty loudly in the semi-filled theatre, at which point everyone in the audience who didn't already want to kill us for giggling at inappropriate tension release times, really wanted to lynch us. and she was so embarressed about having been loud that she couldn't stop snickering, besides the fact that the blood thing was pretty funny (though realistic i'll grant you that, mr. scorcese). anyway so it was great and good to watch and fun at the same time.

afterwards talking about it in the borders parking lot we were having to lean against walls we were laughing so hard and some 2.5 pocket linters started interrogating us about what was so funny. which was hella funny in itself and set us off again in fresh gales.

all in all a memorable evening at the theatres. plus being a truly great, semi-historically fudged epic film with the heros and the bloodshed and the triumphing and the moral uncertainity and the girl.