CQ" />
Sushi Movie Reviews
one girl. many movies. all reviews, all the time.
lovely and amazing

was not all that good. i just didn't care about the characters that much. they were all way too neurotic. and the youngest daughter was just irritating.

if only the movie could have been cut down to being ONLY jake gyllenhaal and catherine keener it would have been better. admittedly it also would have then been "the good girl" they practically had the same conversation in the car about going to a hotel in both movies even. wierd typecasting of gyllenhaal, i have to say. well not wierd per se, because i bet women of all ages will want to have sex with him all the time, but maybe more wierd on his part to play the same thing twice. 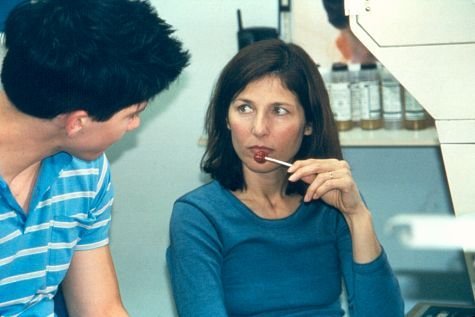 heh. and that is my take on neurotic and controlling.