Sushi Movie Reviews
one girl. many movies. all reviews, all the time.
doogal

was everyone else aware that this movie was for 3 year olds? i for some reason assumed that the acting talent in it--jimmy fallon, ian mckellan, jon stewart, whoopi goldberg, william h. macy--somehow made it ok for adults too. especially since the last one by the same people was for adults. but this was just sooooo not for me and so totally for little kids. some of the jokes/blatant homages were amusing. but for the most part it was just boring. because i'm not 3. and i could just WATCH lord of the rings. and not a stupid egotistacal dog-mop. 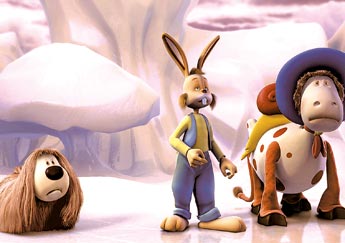